Thermal Energy Storage (TES) has been one of the most important discoveries in the 20th century. TES is strongly suited for heating and cooling appliances like Electric Heater or Air conditioner. TES is as early as civilization. In general, Thermal Energy appears to be solving a mismatch between supply and demand of energy. There are chiefly two types of TES systems firstly sensible and secondly latent. For each storage, there is requirements and outlooks to be developed. TES via Latent heat has been developed a particular interest for the past two decades. The most important application of latent is the conversion of water into ice. Cooling systems incorporation ice storage has a distinct advantage as compared to an equivalent capacity of chilled water. TES stores energy with the help of cooling, melting, solidifying and vaporizing substances and energy becomes heat when reversing the reaction. TES appears to be an attractive application for energy analysis.

Energy supply and use are not only related to Global warming but also air pollution, water pollution, ozone depletion etc. These and other factors should be taken into consideration before further development of these technologies. There is an intimate connection between energy, the environment and sustainable development. A society seeking sustainable energy should only seek eco-friendly energy. Thermal power plants are known to pump out a lot of greenhouse gases and ash, which are by-products of burning fossil fuels. Whilst some thermal power plants do use solar or nuclear energy, they are heavily reliant on fossil fuels.

Sulfur dioxide is another gas that is released from power plants. Whilst it is technically not a greenhouse gas, it is known to have indirect effects on the atmosphere because it can affect the scattering of incoming sunlight, the formation of clouds and precipitation patterns. So, in many cases, it is considered an indirect greenhouse gas. Sulfur dioxide forms sulphuric acid in the atmosphere. This can then return to Earth as acid rain and impact various ecosystems. The level of sulfur dioxide released from thermal power plants depends on the amount of sulfur in the coal that is used—where the coal used has on average between 0.1 and 3.5% sulphur depending on which type is used. Thermal power plants are also the largest emitters of sulfur dioxide worldwide.

Cooling ponds or reservoirs are the simplest methods of controlling thermal discharges. In cooling ponds, heated effluents on the surface of water maximize the dissipation of heat to the atmosphere and minimize the area and volume of water. This is the simplest and cheapest method that cools the water to a considerably low temperature. However, the method alone is less desirable as well as inefficient in terms of air-water contact. After using water from water sources for cooling purposes, it is subsequently returned to the water body after passing through the condenser, which is termed the cooling process. artificial lakes are man-made water bodies that offer a possible alternative. The heated effluents may be discharged into the lake at one end, and the water may be withdrawn from the other end for cooling purposes. The heat is eventually dissipated through evaporation. However, these lakes have to be rejuvenated continuously.

Applications of Thermal energy is far wide as the longspun tube. Solar thermal energy is an efficient way to dry grain, it uses the solar electric powered process to draw ambient air which is heated and runs through the dryer, drying the grain more evenly than the natural methods. The ancient ways of starting a fire is an excellent example of mechanical, thermal energy at work. In today’s world, it can be seen in striking a matchbox to start a fire; the mechanical friction causes a spark that lights up the match stick’s head. Drying clothes in a clothes dryer brings electricity into the dryer, hits a filament in the dryer as it spins, drying your clothes. An electric stove draws electricity into its elements that heat up to produce thermal energy that can be transferred into any container placed on the stove to cook a meal. Electrical, thermal energy is used in pulp mills to steam and digest the wood; it’s used for bleaching and chemical preparations, evaporation, and drying of the finished products. Catalytic reforming is a process where low octane gasoline and naphthas are converted into high octane aromatics through dehydrogenation of naphthas, dehydrocyclization of paraffin to aromatics, isomerization, and hydrocracking. All these processes require thermal energy.

Prev post From Fiction to Reality: the thrilling Journey of Arc Reactor
References Cells: How Does Cellular Respiration Work? 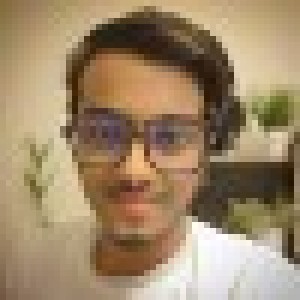 Cells: The Formation of Cancer