While both psychopaths and sociopaths perform actions that can lead to hurting others physically and emotionally, due to risk-taking and narcissistic mindsets, each disorder has different causes and different effects. When emotional-disassociation is present in psychopathy and sociopathy, it is caused by the lack of a fully-functioning frontal lobe in the brain. The frontal lobe is responsible for personality, emotions, impulse control, and social and sexual behavior (Queensland Health, 2021).
So, if both disorders are a result of the lack of a fully-functioning frontal lobe, how can we differentiate between psychopaths and sociopaths?

Psychopaths
Psychopaths are often regarded as charming and trustworthy, and these traits are often genetic and from birth. Their deception and lies are calculated and purposeful, and their motives often do not take others into account. Many believe that leaders are often psychopaths, due to their great ability as leaders through making decisions without an emotional element and the desire to take huge risks in life. They have difficulty forming emotional attachments to others and most actions they take are to benefit themselves.

Sociopaths
Traits of sociopaths differ from those of psychopaths, in that sociopaths are usually created by environmental factors. Sociopaths are often cold and apathetic, and act on impulse. Unlike psychopaths, when sociopaths execute impulsive actions, beneficial to themselves, they are performed without any calculation or thoughts of consequences. Sociopaths can become agitated easily and can have violent outbursts, which psychopaths remain calm and collected.

Psychopathy and sociopathy, while seen more clearly and becoming more dangerous and present in adulthood, are often developed or already present in childhood. Clues to psychopathy and sociopathy can often be seen from an early age, labelled as a conduct disorder, when the child commits antisocial acts such as: aggression to people and animals, destruction of property, deceitfulness or theft, and serious violations of rules or laws (PsychCentral, 2021).

So, the next time someone performs a selfish or narcissistic action more than once, ask yourself: Was this person aware of what they did and are they regretful for their choices? 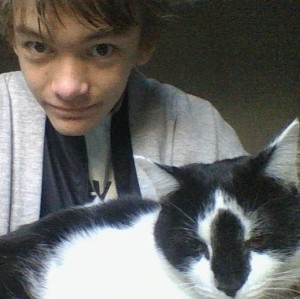