The Notion of Homo Floresiensis

A completely new skeleton was found in Liang Bua Cave in 2003.

Since its first description, Homo floresiensis has been defined as a species of
its own. Commentators, however, interpreted the skeleton as a pathological modern
human. Could H. floresiensis be a diseased Homo sapiens or is it an entirely new species? This paper will further explore such a theory…

A species is an individual belonging to a group of organisms, which share a genetic heritage and are capable of interbreeding to produce fertile offspring. H. floresiensis’s ancestors, such as H. habilis and Australopithecus, were all hominins within the taxonomic tribe (Hominini). This includes modern human, extinct human species and all species that are closely related to human. What distinguished species within the genus Homo and genus Australopithecine is their use and manufacture of stone tools. The earliest Homo species – H. habilis is recorded to have used and made Oldowan stone tools while no definite evidence has been documented for the genus Australopithecine (Villmoare, 2016).

It was consistently recovered throughout the discovery that bones of the lower extremity for up to nine
different individuals of the diminutive hominin suggest H. floresiensis (LB1) was not an anomaly.
LB1 is the most complete specimen that reserves a nearly complete skull, a partial pelvis, and several limb bones of the hand and feet. It stood an estimated 1.06 meters tall, similar to the size of a 3-4-year-old human child. Based on Baab (2012), the analogy of LB1’s skull resembles H. habilis, a primitive species within the genus homo. The diminutive brain and body size also aligns to H. habilis. The size and morphology of the teeth and mandible likewise share resemblances to the early Homo species. Furthermore, a medial longitudinal arch, which is a particular shape of the navicular bone and the wrist bones, link LB1 to a more primitive Homo species than H. erectus. The characteristics of LB1’s skeleton indicate considerable similarities with a primitive species of the Homo genus rather than H. erectus or H. sapiens. Besides, the Oldowan-like tools that were found in the same layers as the skeleton were distinctive to the earliest Homo species – H. habilis. Overall, the combination of skeleton morphologies and archaeological evidences directly suggests LB1 to be descended from a primitive species within the Homo genus.

Gomez-Robles (2016) suggests H. habilis and H. erectus as the two main models for the origin of
LB1. One theory is that H. floresiensis evolved from H. habilis whereby the primitive hominin would have left Africa 2 million years ago. Moreover, LB1 may have been a descendant of H. erectus through the evolutionary process of island dwarfing, with the absence of predators and
resources a likely explanation for the size reduction in the species. One major fault in the H. erectus theory is the reduction in the brain and body size of H. floresiensis in such a short period of time. Experiential data from hippopotamuses may suggest that similarly intense brain reduction was possible, but that this extended over a mere 300,000 years is highly unlikely. No such dramatic
transformation in hominin evolution has occurred in a similarly brief timescale. Hence, the reliability for the island dwarfing theory is unsustainable, which proposes that LB1 is a descendant of H. habilis.

In Argue’s (2017) investigation, 133 cranial, postcranial, mandibular and dental characters from eleven test subjects including H. erectus, Australopithecus, H. sapiens, and H. habilis were compared to H. floresiensis’ morphology. Based on figure 1, analyses within the phylogenetic test gave highly concordant results. It suggests that H. floresiensis was a close relative to H. habilis or at a similar evolutionary grade. Markedly, affinities with H.erectus were strongly contradictory and yields a worse relationship with H. sapiens. Hence, relativeness between H. floresiensis and H.erectus are not supported, which contradicts the theory of island dwarfing that led to the evolvement from Asian H. erectus to H. floresiensis. Overall, the phylogenetic results directly imply a primitive lineage for H. floresiensis, which are likely H. habilis from Africa 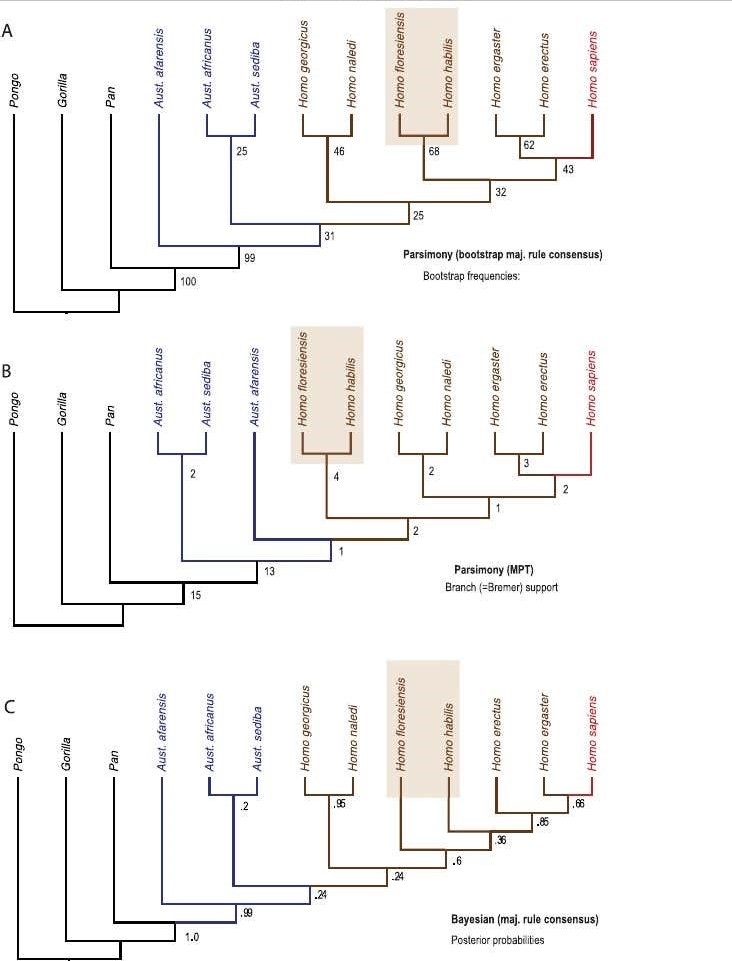 A series of phylogenetic tests, biological, archaeological and evolutionary evidence derived from three studies classify H. floresiensis as a species of its own. Furthermore, the relationship between H. floresiensis with H. erectus, H. sapiens or Australopithecus is uncorroborated. Thus, the interpretation of H. floresiensis as a descendant of H. habilis can proceed. The investigation implies a migration of H. habilis from Africa to Flores. Besides, the expansion of fossil recovery is highly critical so more fossils can be examined and thus provide broader insights for the claim. Dramatic discoveries of the hominin evolution might be unveiled in the future and reveal where the diminutive species of Homo floresiensis originated.

Debbie Argue, C. P. (2017). The affinities of Homo Floresiensis based on phylogenetic analysis of cranial, dental and postcranial characters. Journal of Human Evolution.

Villmoare, W. H. (2016). From Australopithecus to Homo: the transition that wasn’t. Philosophical Transactions Of The Royal Society B.

Prev post Is CRIPSR the Next Virus Killer the World is Waiting for?
References Exoplanet exploration: ‘SUPERHABITABLE’ Planet 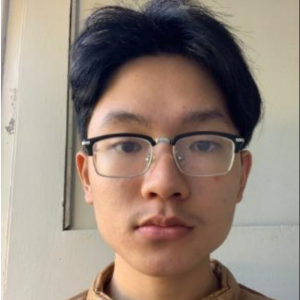